I climbed to the top of the world and saw the Pacific to the south and the Caribbean to the north.

I have been visiting Chiriqui, where i met my wife, for the past four years and have always been intrigued when people told me about hiking to the top of Volcan Baru and being able to view both the Caribbean and Pacific Oceans simultaneously. Being a panoramic photographer, I knew I could create something unique if all the pieces fell together.

A family friend, Rommel Urriola, offered to be my guide. Our plan was to make the summit in one day, have one entire day for photography, and returning the following morning. With us came a young cousin of my wife, Carlos Gabriel Gonzalez, and before dawn one Monday, we arrived at the Volcan Baru National Park on the Cerro Punta side.

Like Boquete, Cerro Punta lies far above Panama's tropical heat and humidity. We were already surrounded by a cold, windy and desolate landscape and I was instantly grateful for all the warm clothes that my wife made me pack. At the beginning of the slopes of Volcan Baru, Rommel pointed out that during the wet season mud slides frequently take out the existing paths through the rainforest up the volcano. Two or three times we needed to double back to find the correct path. One of the most important tips I leamed here was to be extremely careful of what you use for hand-holds. There are many thorny plants, and certain types of bamboo covered with thousands of small needles which could make the rest of your trip extremely uncomfortable.

We traveled until late moming under the thick rain forest canopy before arriving at the first overlook. It was breathtaking. Through the cliffs and overhangs, we could just spot the town of Volcan. Here the trees were gnarled and covered with Spanish moss and across the canyons, swallows by the dozens chased insects. Just around the corner, the morning mists played with the sun to create a spectacular rainbow over the gorge.

We had hiked vertically in rough conditions with our packs laden with gear for hours so I thought it could not be much longer. Rommel told us we were only half-way there so we snacked on snickers and rested for an hour to recover our energy. We were halfway there in distance but not in time. We still had a long way to go! Many people, myself included, have never walked this distance - even flat - all at once. It was often daunting to be completely out of energy, yet see the trail continuing thousands of feet up. Yet, foot by foot we pressed on, rested and continued, and rested again with our equipment for photography, our camping gear, and food supplies. Gradually, the countryside changed from trees and thick vegetation to smaller shrubs and powdery soil with massive rock slides evident in the distance.

With the light fading fast and without the summit in sight, we set up camp for the night at the base of a small cliff to provide shelter from the winds and cold mists which howled through the night. Starting a fire proved a fruitless exercise even with plenty of "old mans beard" and alcohol. Everything was just too wet. The next morning I discovered we were only almost there. By mid-moming we crossed by the crater pushed the last thousand feet up reaching a barren civilization of cellphone, radio, and television towers. With my last energy we made the final summit to the cross on top of Volcan Baru. Sad graffitti artists had desecrated it as well as seemlying death defying nearby clifffaces.

I could see for untold miles in every direction, but still it was too cloudy to see the Caribbean. We would have to return to get the shot. Before sunrise, in the pitch dark we began up the small path that led to the cross again. The starry sky was perfect and cloudless. We saw the lights of Boquete, David, Volcan, and Concepcion in the Chiriqui province. Farther away we could see the southern towns of Costa Rica and in the opposite direction, the Caribbean ports of Panama. When the sun rose, we all could clearly see the Pacific side and with a little more time the Caribbean coasts and Bocas del Toro. Finally, I could see exactly what I came for and took no delay in shooting several 360 panoramas. As if by magic, the cloudless sky formed innumerable layers of clouds as far as the eye could see.

After the photo shoot, we returned to camp and had breakfast with Senor Quiel, one of the policemen who stands constant solitary guard at the summit. Finally, we decided to descend via the road to Boquete. Going down should be quick and easy I imagined. The Boquete route to Volcan Baru is completely different from the Cerro Punta route. On the Boquete side there is rocky road in which you need a 4x4 for most of the way and on the Cerro Punta side there is a patchy walking trail. Unfortunately on the road to Boquete, you are surrounded by the trees on each side with few overlooks until the last couple of miles near town. On the Cerro Punta side, you could almost be stranded in a lost world with its amazing panoramic views empty of civilization. My last tip for anyone ascending Volcan Baru: Descending can be much more painful on your knees than ascending. Be prepared to have a ride awaiting you outside the park entrance as there are no nearby bus stops.

Originally Published in "The Vistor" Issue February 8-21,2008 by Focus Publications 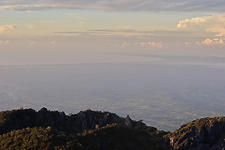 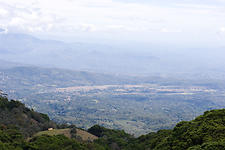 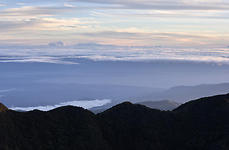 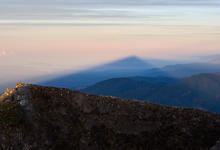 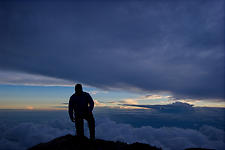 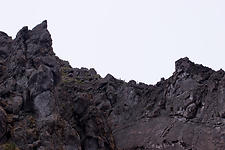 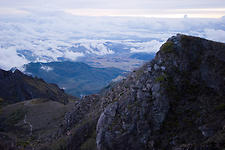 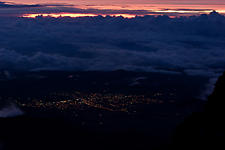 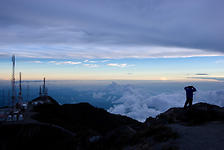 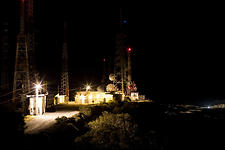 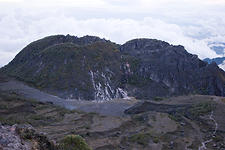 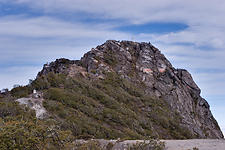 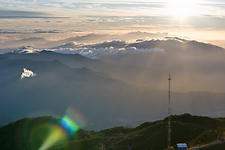 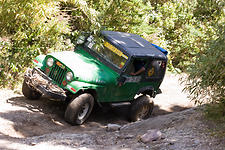 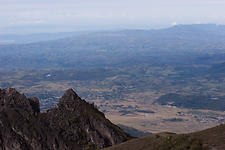 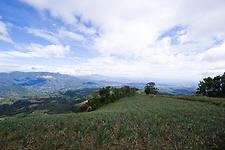 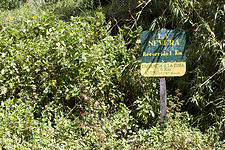 All Photography Copyright © 2014 Southern Digital Solutions LLC and may not be used without prior licensing or permission. Contact Us for Licensing

Thanks for the fotos and info

I own a backpackers hostel in david panama www.bambuhostel.com and our guests are always asking about this hike, now i have a good resource to direct them to, thanks again

Yes, this is great information!

Coincidentally, I too was doing a search for information to provide to our guests at www.purplehousehostel.com.  This is a great source of useful information.  Thanks so much!

Great photos!  I summited the volcano last week.  I wanted to go alone, but ended up doing a Baru Volcano tour with a local company.  It was really fun.

This is a wonderful site and thank you for the photos and the narrative of your climb.  I have posted this on my Pinterest  'Panama' group so that others may enjoy.  How much are the photos, and what sizes are available?